Feral is a new kind of zombie movie with an awesome final girl. It’s low-budget but in the way where it doesn’t get in the way of telling a story.

Feral had me at girlfriends. Yes, the final girl has a girlfriend. No, not just a girl she’s friends with or a “gal pal”, but a proper girlfriend. It’s 2018, and we are more than ready for all kinds of inclusion in horror movies.

Or actually, horror movies have always been first-movers when it came to inclusion. It’s just that usually any characters belonging to a minority gets killed off pretty fast. It’s a running “joke” that the black or gay character usually dies first, while the pristine virgin girl survives.

Well, this time around anyone is fair game and the lead character is gay and has a girlfriend. Don’t worry though, Feral is in no way a political manifest. All the other couples are straight and they’re friends, which means they talk about everyday stuff.

Untill people start being attacked, of course. After that they basically just try to get to safety and find a way out of there.

You can watch the trailer for Feral right here or continue reading our review below.

What I really liked about Feral is also the fact that friendship is portrayed very honestly. Six people are going camping together and consist of three couples. You already know that some of these friends (and their partners) like each other more than others.

This is something that’s addressed, but not in an obnoxious way. Instead, it’s very matter-of-fact. Of course, the people who have been friends the longest will have a different kind of bond.

Still, once the situation becomes deadly, everyone tries to work together. After all, they did also decide to go on this trip together.

Hey, I love “over the top” elements as much as any horror fan, but there’s a time, place and genre (usually horror-comedy), where the crazy stuff doesn’t take away from the darkness of the story. 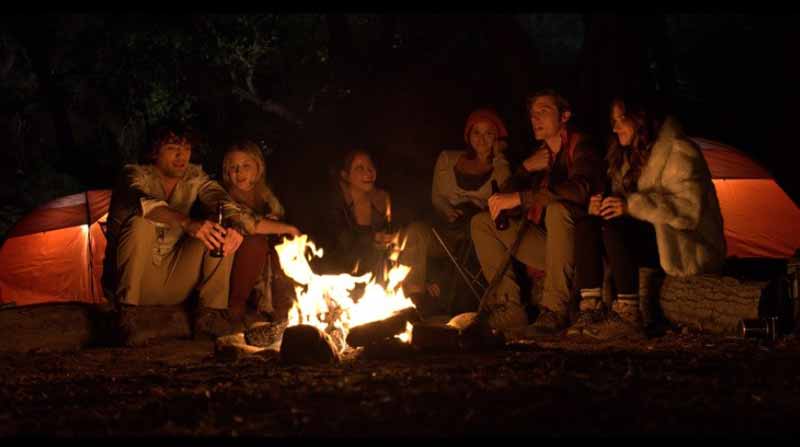 Scout Taylor-Compton is an awesome badass

The star of Feral is Scout Taylor-Compton, who is actually quite the horror icon already.  You may not recognize her name immediately, but you definitely know the movies she’s been in. She was Laurie Strode in Rob Zombie’s Halloween (2007) and Halloween II (2009). Also, she was in Ghost House, which came out last year.

Even if you do know Scout Taylor-Compton on her name alone, you may not recognize her. In the past, we’ve seen her with blonde hair and often as more of a typical girl. This time around, she’s a brunette and more hands-on. She’s about to become a doctor, so she’s more mature and deals with things head-on from the beginning. It’s awesome!

We’ll probably see a lot more of Scout Taylor-Compton in the near future. She has two movies completed, six in post-production and one in pre-production. More than half of these upcoming movies are in the horror genre. She’s been a very busy woman and I’m certainly happy about that.

She is absolutely the best thing in Feral – which is not to say everyone else isn’t good. They are!

In Feral, she plays the role of Alice and is totally badass. Not in a Resident Evil-Alice kind of way, but then again, who is. Also, this story isn’t based on a video game, but rather more of a cautionary tale. A fairytale of the dark kind, where you need to find your way out of the forest and you’re surrounded by monsters.

Feral is a treat for horror fans

Mark Young directed Feral and also wrote the script along with Adam Frazier. For Adam Frazier, this marks his first project listed on IMDb, while Mark Young has quite a few movies behind him already. In fact, his movie Tooth and Nail was part of “8 Films to Die for” back in 2007. In other words, he knows his way around the horror genre.

For me, Feral also had a touch of 28 Days Later feel to it. Though only in the sense that characters evolve and do what’s necessary to fight the monsters. The comparison to zombies is easy in Feral, since people die and then return as something else. And now that something else wants to kill you. Very much in the same aggressive way that we witnessed in 28 Days Later. Oh, and for the record, this is meant only as a compliment.

The one thing I really felt Feral needed to improve on was the pace. There’s a bit too much repetition. Also, I had a general annoyance of a certain character’s focus (or rather lack thereof). But maybe this is actually just a justified take of human nature. We tend to be silly little fuckers, who always care more about our own personal drama than surviving. Probably because we all figure we’ll make it in the end anyway.

Of course, horror fans know from the very beginning who the final girl will be. Even though surprises have been known to happen… so don’t feel too safe!

Feral hits select theaters, VOD and digital platforms May 25, 2018. Feral is also out on Netflix in Canada as of December 1, 2018.

Your best friend has just been infected with a horrifying virus that will soon turn her into a rabid, rampaging cannibal-zombie. Do you: a) try to save her? or b) kill her before she kills you? That’s the nightmarish scenario six students find themselves facing when their celebratory camping trip goes terrifyingly wrong. One by one, each falls victim to the “feral” disease, until only Alice (Compton) and Jules (Luccardi)—two girlfriends testing the waters of their new relationship—are left standing, armed with a shotgun and holed up in a remote cabin. They’ve got a hell of a fight before them if they hope to survive… 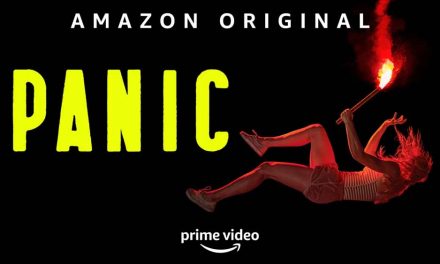 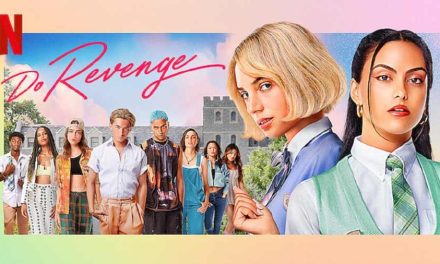 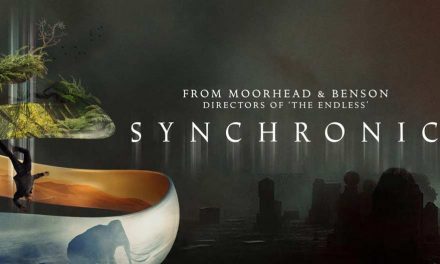 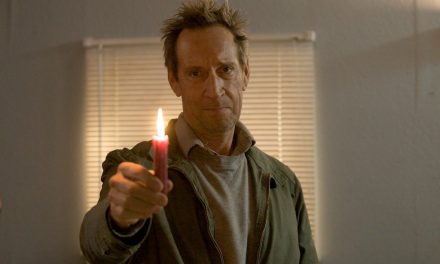