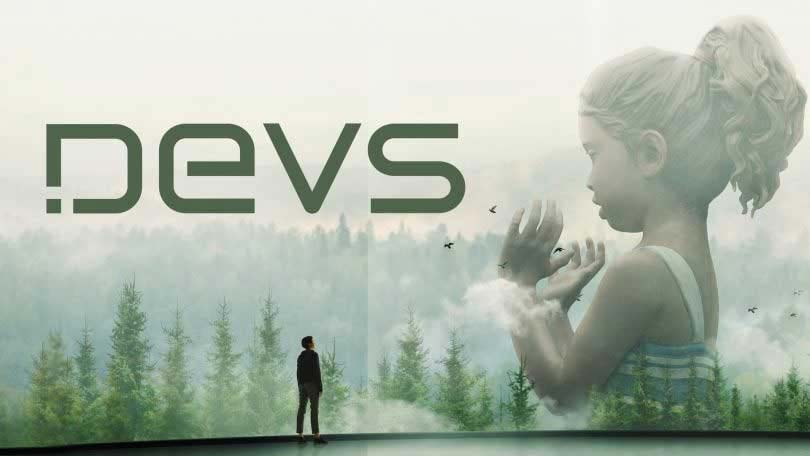 DEVS is a new Sci-Fi, Drama, Thriller hybrid series on FX on Hulu. Every episode is written and directed by Alex Garland who is also the creator. This series is a slow-burner that requires your full attention! Read our Devs review here!

Devs is a new series on FX streaming on Hulu. It’s a real genre-bender but I think you’ll agree that it’s Sci-Fi first and foremost. Second, it’s both drama and thriller. All of these genres help build the slow-burning story which really does require that you pay attention.

This is not the kind of mindless entertainment that you can “half watch” while being on your phone. If you try, then you will not get half of it. In fact, even while completely focused on Devs, you will still be left with many questions.

Continue reading our Devs review below.

A series by Alex Garland

As soon as we heard about Devs we were onboard. Why? Well, because it’s created by Alex Garland who is a brilliant filmmaker. For this series, Alex Garland is writing every single episode and he is also directing all eight episodes in this miniseries.

Devs is 100% an Alex Garland creation. To me, this was a huge plus before I even watched the first ten seconds. However, I was also ready for something that would play with my expectations. And no, I was not disappointed in that regard.

This is one hell of a mindf*ck. Then again, what would you expect from the man who wrote and directed movies like Ex Machina (2014) and Annihilation (2018). Things are never simple or stereotypical when they come from the mind of Alex Garland. And I absolutely love it! 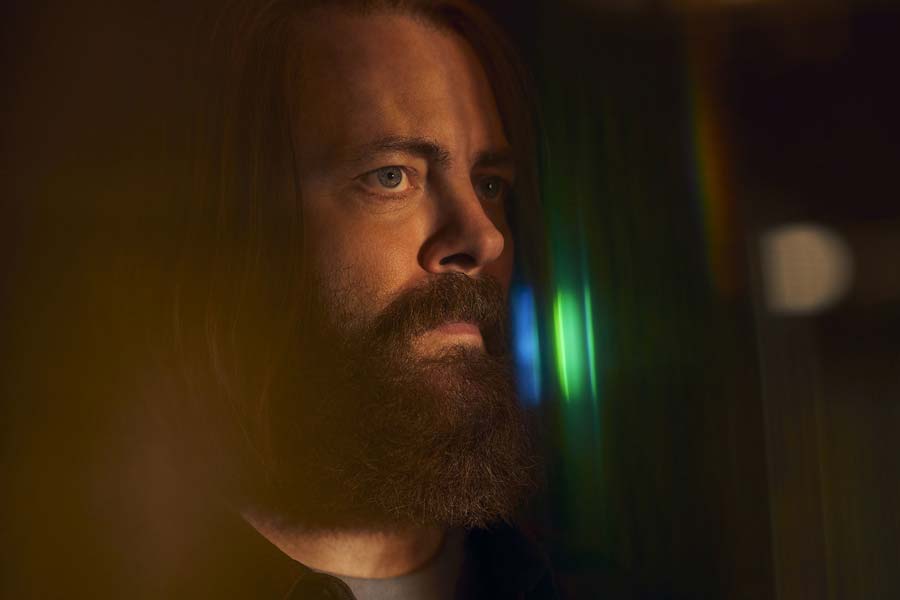 Devs have the craziest slow-burn

If you have watched Ex Machina or Annihilation, then you will know to expect something that unfolds rather slowly. You will be kept in the dark (and guessing) for a while before the full story is revealed. I enjoy that kind of thing, which Garland really pushes to the very edge for Devs.

Honestly, after two episodes I still don’t know exactly what’s going on. But hey, neither do many of the main characters and we’re learning alongside them.

It’s a slow ride, but plenty happens to keep you engaged.

A strong and intriguing cast

The main characters in Devs are portrayed by Sonoya Mizuna, Nick Offerman, Alison Pill, and Jin Ha. Based on the first episode, you might think the character of Sergei, played by Karl Glusman (Wounds), is the lead. But then you would do good to remember the official plot of the series.

Devs is a lot more about Lily Chan (Sonoya Mizuna) and Forrest (Nick Offerman). Lily is a software engineer working at the huge quantum computer company Amaya, which Forrest is the CEO of. Alison Pill portrays Forrest’s right hand, Katie, who he seems to actually trust. And Jin Ha is Jamie, an ex-boyfriend of Lily.

If you’ve watched either of Garland’s previous movies, then you should recognize Sonoya Mizuna from them.  However, you might also recognize her from the Netflix miniseries Maniac.

Other castmembers include the Danish actor Linnea Bertelsen (Stranger Things season 2) and Cailee Spaeny. You might recognize Cailee Spaeny from Bad Times at the El Royale or Pacific Rim: Uprising. Also, she will be in the upcoming The Craft remake.

There are several other actors in this series, of course, but I’ll mention just one more: Zach Grenier. Simply because Zach Grenier (horror-comedy series BrainDead) is extremely memorable as Kenton, the head of security at Amaya. Let’s just say he doesn’t shy away from keeping the secrets at Amaya safe. At all costs!

Watch Devs on FX on Hulu

As mentioned several times already, Devs is the brainchild of Alex Garland. This is only the third time Alex Garland works as a director. His two first projects were the movies Ex-Machina and Annihilation which are two damn strong movies, to begin with.

However, even if you haven’t watched those, you should still be familiar with Alex Garland as a writer. He has written a lot of amazing screenplays. He wrote the truly brilliant 28 Days Later from 2002 which essentially created a reboot of the zombie genre. Also, he wrote the screenplay for the sci-fi thriller Sunshine (2007).

Both were directed by Danny Boyle as was the movie The Beach (2000) starring Leonardo DiCaprio. However, Alex Garland wrote the novel it was based on and not the actual screenplay. Fortunately, this clearly got him into writing screenplays for Danny Boyle.

I’m still not entirely sure what to expect from Devs but I do know that I am very excited to find out. Also, minor spoiler ahead, we are working with the very core fabric of our reality which includes time and space. The story Garland is telling us this time around is both intriguing and absolutely terrifying!

Devs premieres on FX on Hulu with its two first episodes on March 5, 2020.

In Devs, a young computer engineer, Lily Chan, investigates the secretive development division of her employer, a cutting-edge tech company based in San Francisco, who she believes are behind the murder of her boyfriend.