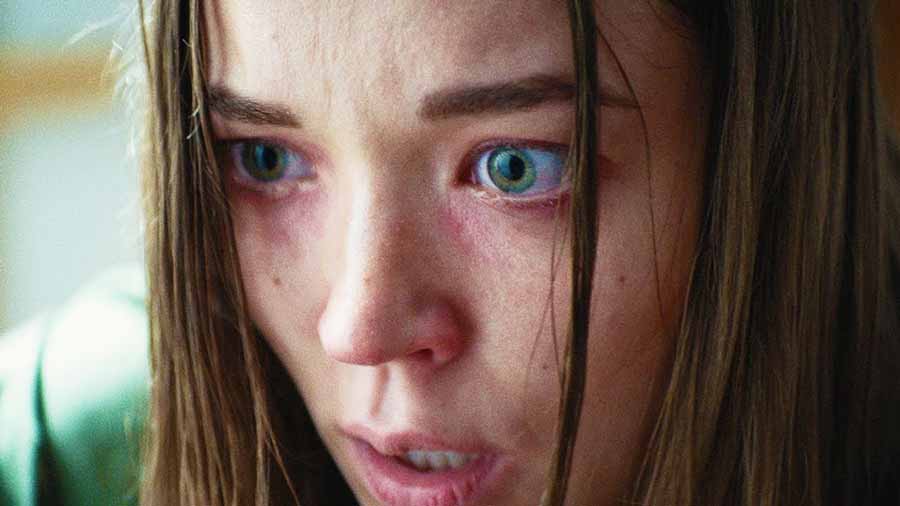 Dark Sky Films‘ has become known for their genre titles, many of them becoming cult classics. The Texas Chain Saw Massacre being the best example of this. Their latest horror/thriller 1BR, which was released last weekend, is garnering a lot of great buzz with both critics and horror fans.

Also read: Our review of 1BR >

Originally premiering at the Fantasia Film Festival last year, 1BR follows Sarah (Nicole Brydon Bloom) as she scores the perfect Hollywood apartment, but something is not right. Unable to sleep, tormented by strange noises and threatening notes, her new life quickly starts to unravel. By the time she learns the horrifying truth, it’s too late. Caught in a waking nightmare, Sarah must find the strength to hold onto her crumbling sanity…or be trapped forever in an existential hell.

Adding to the intensity of the story is the score by composer Ronen Landa. Landa is no stranger to the horror genre, he has also scored IFC Midnight’s At the Devil’s Door and IFC Films’ The Pact. Below Ronen spoke exclusively with Heaven of Horror about his work on 1BR.

-Now that 1BR is out, what has surprised you the most about viewers’ responses?

I was lucky enough to see 1BR with a theatrical audience (when those were still possible!) at Fantasia in the summer and of course have stayed in touch with the filmmakers through the amazing festival run this film has had— so I was pretty confident that it would resonate with viewers. Still, there’s always a bit of concern when a movie crosses from a very controlled theatrical experience to VOD where there’s a lot of variation in how it will be experienced.  It’s been thrilling to see the film do so well!

-How involved was 1BR director, David Marmor with the film’s score? Did he have specific notes of the kind of score he wanted for this film?

David and I had a really wonderful collaboration.  He definitely had a sense of what kind of score he wanted, but he also gave me a lot of creative freedom to develop a unique sonic world for the music.  We carefully reviewed the score, but I don’t often bristle at a director’s constructive notes— because of tight post-production schedules, filmmakers are usually listening to my first draft of a cue, and I really depend on their reactions to improve the score and the film.

-Since you have scored a few horror films (The Pact, At the Devil’s Door, now 1BR). What would you say are the rules for creating a good horror score?

Every film is different so I would never set out rules (other than be creative and be flexible).  But there  are definitely some ideas that guide me.   One is that we need to build an emotional connection to the characters and the story, or the scares will feel cheap and unearned.  There are opportunities to write poignant and haunting melodies in a horror film, and I always pay careful attention to those.

Another good guideline is that the scariest sound is silence.  Sometimes a filmmaker will want to cover everything with music, but that’s often the wrong instinct.  Knowing when the score should drop out is just as important as knowing what kind of music to write.  It’s usually in those quiet moments that you can feel the audience leaning in and breathing a little harder, so the contrast is critical. 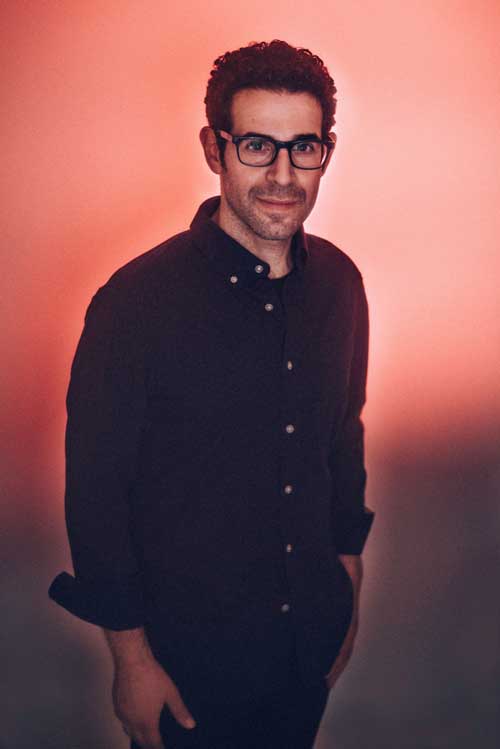 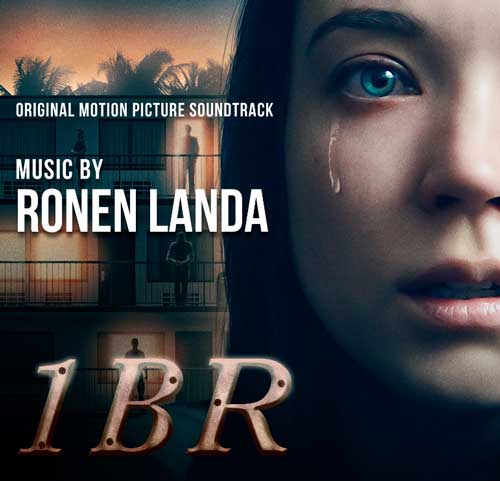 -From the first day you started working on the film to the day you finished, how much did the score change? Meaning, did you plan on doing certain things that once you put the music to picture it didn’t really work?

That’s an interesting question.  I’m sure there were a couple discarded drafts along the way, that’s pretty common.  But Dave was on board with the thrust of the work so most of it went very smoothly.  The score changes the most when recording sessions begin— that’s when everything starts to come alive in the very best way.

-In a previous interview, you said that the score is an extension of Sarah’s frame of mind. Can you talk about this a little more? What points of her mental state were the most challenging to score?

Great question.  The score is indeed an expression of Sarah’s POV, and in that way helps the audience experience the story through her eyes.  For instance during one violent sequence the music shifts from a barrage of terrifying sounds to something that feels sad and even mournful as it dawns on her that she has no choice but to give in— even though the action continues, the music helps us connect with her loss of control and grief in the situation.

Without giving away too much, as the film proceeds a big question mark begins to form about Sarah’s personality-type and her future.  It was a challenge to strike a balanced tone that scored her evolution without foreshadowing too much in one direction or the other.

-Elaborating on the last question, where was the biggest shift, musically, in Sarah’s emotional state?

There are a few, and the score really traces her experience as she moves through hopeful optimism to terror to confusion to confidence.  When I listen through the soundtrack album I can follow right along with Sarah’s emotional journey.

-The end scene of 1BR is pretty intense. How long did it take you to score this scene?

It is! The finale is nearly nine minutes long and narratively complex so it required a lot of focused attention to write a cue that could follow all the twists and turns and hit certain moments just right. Dave and I worked very closely on this scene— I don’t remember exactly how long it took me to write, but it was definitely more than one sitting.

-Everyone who first moves to LA can relate to the crazy horror stories of apartment living. Did you have any of these?

Ha, luckily I’ve had a pretty good run on that front in Los Angeles.  I’ve had my share of inconveniences but nothing quite as horrifying as in the movie!  I did once have a neighbor who would leave their small dog home all day, and she would bark for hours at a time.  I felt bad for the poor animal and also for me.  Still, management didn’t crack down with a tough pet policy and everyone came out of it alive.

-What were your favorite scenes to score in The Pact and At the Devil’s Door? Why?

So hard to choose!  I’m a big softy at heart so the end of The Pact and the gentle piano theme there (“Her Little Dreams” on the album) is definitely a personal favorite, but the whole score was such a great experience for me.  I had a great time recording all these sounds in my home and applying them in frightening ways throughout the score, and then working with musicians like Dan Tepfer and Anna Bulbrook was such a joy.

At the Devil’s Door was equally memorable.  I loved scoring some of the sequences with Hannah (Ashley Rickards) as this possession begins to take root in her body— “Rocking Horse” is a good example.  I wanted to represent this ancient spirit manifesting inside her, so I drew inspiration from all kinds of traditional folk instruments from around the world to craft elements of the score. The section when her body starts violently convulsing was just great horror film fun!  Both these feature scores with director Nicholas McCarthy have a very special place in my heart.

*Ronen’s 1BR score is now available on all major digital sites. You can listen to it on Spotify here: https://open.spotify.com/album/3R5U4CPQvCDPj3Djzosnbt 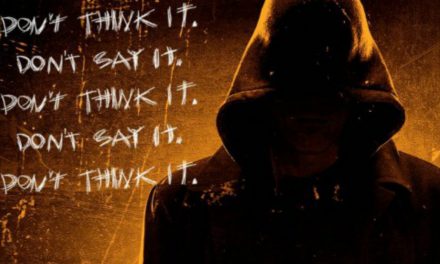 New Trailer and Release Date for THE BYE BYE MAN 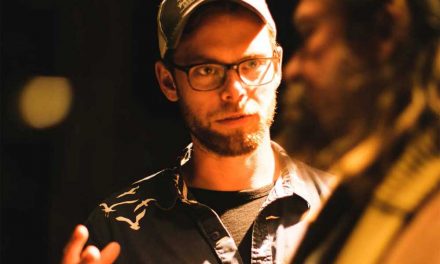 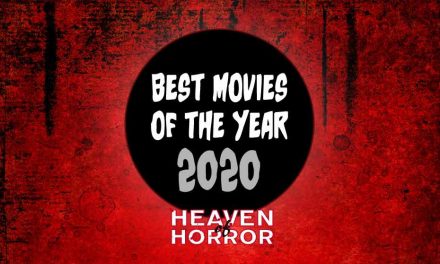 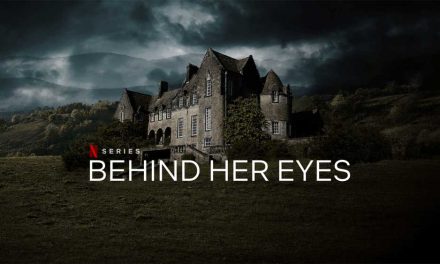