The ending of ‘The Open House’ on Netflix explained 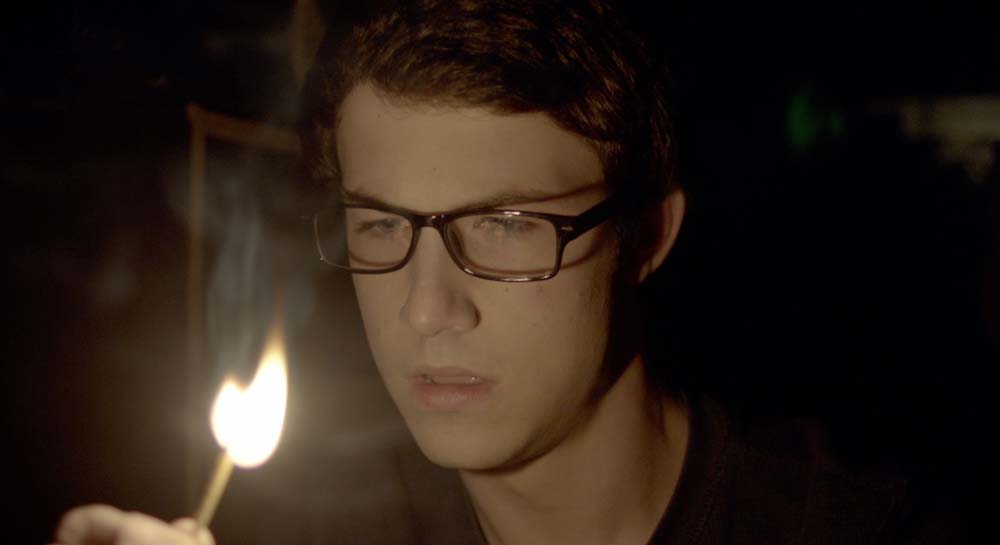 A bit confused about the ending of The Open House on Netflix? Well, you’re not the only one. Here’s our take on it. *SPOILERS*

We actually loved the ending of The Open House. Or rather, the ending of this new Netflix horror thriller is one of the reasons why we enjoyed the movie.

However, we’ve noticed that a lot of people on social media and IMDb are confused about the ending of The Open House.  Some people tend to even hate it.

Let’s get to our take on the ending of the new Netflix movie, shall we?

The ending of The Open House explained

We’ve collected some of the questions we’ve seen on social media and answer them below to explain the ending of The Open House.

Was the killer the man who killed the father? No, the dad died because the driver had a heart attack, lost control of the car, and hit the dad. It was a terrible accident. Not a murder!

Was it the crazy neighbor lady? No, because she wasn’t crazy. She suffered from Alzheimer, which caused her to act strange and even forget that her own husband had died. She was in the middle of her own tragedy. Obviously, she was meant to make us suspicious, but her actions were explained.

Was it the neighbor lady’s husband? No, he was indeed dead.

Why did the killer throw the family picture in the garbage? To cause mom and son to distrust one another. He was toying with them.

Why was there focus on Logan [the son] wearing glasses? Because we needed to know how bad his vision was. Something the killer also realized since he was watching them for days. We know this because the killer also took pictures of them while they were sleeping.

Why did nobody see the killer’s car if he arrived at the open house and never left? He probably left the car somewhere nearby in the woods. Also, he left this house in their car to go to a new open house. So the car he arrived in was probably stolen at the last crime scene.

Why did he kill them? The “Open House Killer” is a serial killer. Killing is what he does and he finds his victims at open houses. That’s it. There is no further explanation. Usually, there isn’t when it comes to serial killers.

Who was the killer in The Open House?

The number one question on everyone’s mind seems to be: So who was the killer?

Some people say it’s the plumber, who comes by to fix the water heater. And yes, it could be the plumber, but this is never confirmed.

We never do get to see the face of the killer, so at best it is implied that it could be him.

What we do know is that the killer showed up at the open house (hence the title of the movie). At that point, we only saw his boots as he entered the house.

However, the next time we see those same boots is when we know they belong to the killer.

Also, the very ending of the movie is him going to a new open house.

Essentially, we’re being told that he is a serial killer that finds his victims by going to open house events. And whenever he goes to an open house, he doesn’t leave before killing the people living in the house.

Does it make sense?

This is another thing we’ve heard a lot: “It doesn’t make sense!” and “We never even get to see the killer!”

Well, isn’t that the true horror of this story?

And also, isn’t this what reality is like?! We’re obsessed with the “why” of everything, but sometimes there isn’t any satisfying answer.

Why is it called The Open House? Because the serial killer finds his victims at open houses.

Why do they have to die? Because it’s a horror thriller about a serial killer, so he kills people.

Why don’t we get the identity of the killer? Because he gets away with it and moves on to find more victims.

Would it help you to know his name was John Doe and he killed people according to the seven deadly sins?!

People are killed in senseless acts of violence, horrific accidents and simply because sick people enjoy hurting (and murdering) other people.

A modern take on the Zodiac killer

The killer in Netflix’s The Open House clearly loves stalking his victims and playing mind games before killing them. A real cat and mouse deal.

But at the end of the day, he is simply an anonymous man, who goes to open houses to find his victims.

One of the most (in)famous real-life serial killers is the Zodiac killer yet he was never caught.

Numerous books and movies have come up with several theories, but we do not know who he was. And isn’t that exactly why he is still one of the most talked about serial killers?

We loved the movie because the best horror story isn’t a teenager saving the day by killing a seasoned murderer. And it isn’t a deadly wounded mother who manages to save her son.

The true horror is when nobody survives except for the killer, who simply moves on to find new victims.

And that is why we loved the ending of The Open House. For the realistic and terrible horror of it.