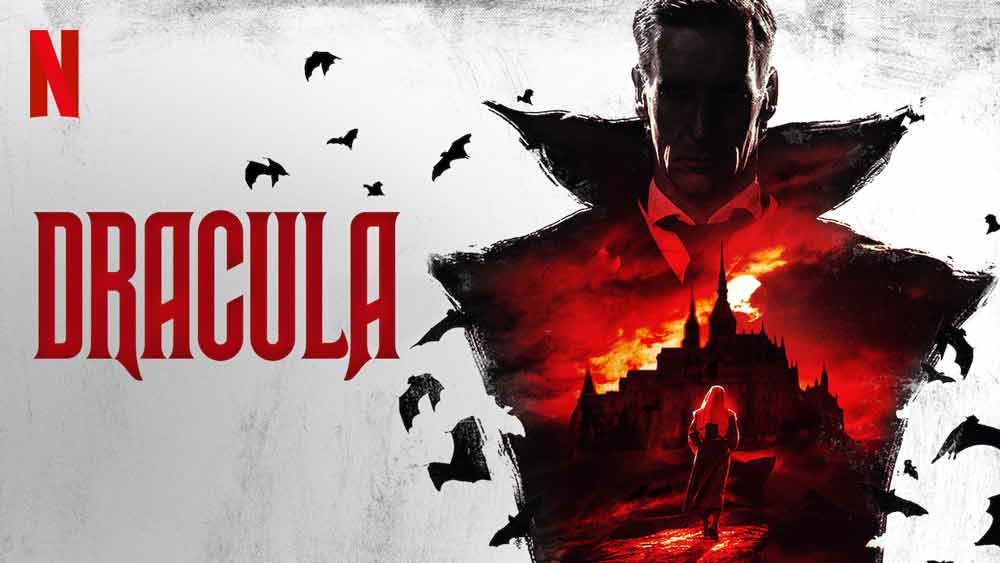 Want the DRACULA ending explained? Or maybe you’re just a bit confused about the ending of the Dracula mini-series on Netflix? Well, you’re not the only one. Here’s our take on the new Netflix BBC co-produced horror series starring Claes Bang in the title role. *SPOILERS*

Want the Netflix series Dracula ending explained? A lot of people are talking about plot holes and bad writing but is that the case?! We’ve tried to collect some of the questions about the ending of the new Netflix and BBC mini-series Dracula here. Hopefully, you can find some of the answers you’re looking for.

And yes, this will be full of spoilers regarding all three episodes of the Dracula mini-series. After all, we need to get into all sorts of plot points to cover the various questions about the ending.

If you’re looking for a mostly spoiler-free review of Dracula, go here >

Let’s get into the Dracula ending by talking about some of the supposed plot holes (and other statements) people have pointed out.

Not everyone liked the fact that the third and final episode took place in present time, but we liked it here at Heaven of Horror. If you didn’t care for it because you love the classic tales that take place more than a century ago, then maybe the ending of Dracula isn’t what you’re wondering about. You’re just not happy about the way it ended. Fair enough, to each their own.

Also, people do love to hate the creators Mark Gatiss and Steven Moffat which isn’t something we’ll be going into either.

However, we have noticed that a lot of people on social media and IMDb are confused about the ending of Dracula. Especially since they like to point out plot holes than are not actually plot holes. Here’s our take on the ending of the new Netflix series Dracula.

We’ll be going through the Dracula ending by answering some of the most obvious and talked about questions.

Why does Dracula want to die?

Well, when Zoe (who is channeling her ancestor Sister Agatha) is calling out Dracula for fearing death rather than being an immortal warlord, he is called out. And possibly, he finally gains some much-needed insight. There is nothing left for him to do; He can kill anyone and do whatever he wants. The final frontier for him is to succumb to death.

Also, he has finally found his match in Sister Agatha / Zoe and is able to give her a good death. He does this by drinking her blood as she is dying and being able to pull her into a dream-like state where there is no fear or pain.

How could Dracula kill himself when suicide for vampires isn’t possible?

In the first episode of the mini-series, it is established that vampires can’t kill themselves. Jonathan attempts suicide but isn’t successful since he is a vampire. So, how can Dracula essentially kill himself by drinking Zoe’s blood (who is also the descendant blood of Sister Agatha)?

Well, this is the one plot element that we will actually agree is a bit iffy. Technically, Dracula has already had some of Zoe’s dying blood. He became ill and vomited but was otherwise okay. The rule is that vampires cannot drink dead blood since it’s deadly to them and that they cannot commit suicide.

However… while Zoe is terminally sick with cancer and is actually dying during the final scenes of Dracula, she isn’t dead yet. So, you can get away on a technicality since she isn’t dead yet and so he drinks blood that will be deadly to him but isn’t when he begins drinking it.

Why was Lucy so special when Sister Agatha has also willingly given her blood?

I was very surprised to see this mentioned as a plot hole regarding the Dracula ending. Mainly because it makes it painfully (and dangerously) obvious that people still do not know the difference between consent and force.

Yes, Sister Agatha allowed Dracula to drink her blood. However, it was hardly willingly. It was as part of a deal to save the life of Mina.

Dracula could have killed both Sister Agatha and Mina if he wanted to. However, Sister Agatha was smart and threatened to kill herself to keep her blood from Count Dracula. After all, she knew by then that Dracula drew knowledge with blood and he desperately wanted Sister Agatha’s knowledge.

So, she made Dracula choose between drinking Mina and not being able to have her. Or, he could let Mina go and in return, she would let him feed on her instead of killing herself. When someone chooses between suicide and saving the life of someone else, that hardly equals consent.

Lucy Westenra, on the other hand, was bored and depressed and therefore had no fear of death. The most interesting thing that had happened in a long time, was when Dracula fed on her because then he would take her to a dream-like state where she could be wherever (and whoever) she wanted to be. 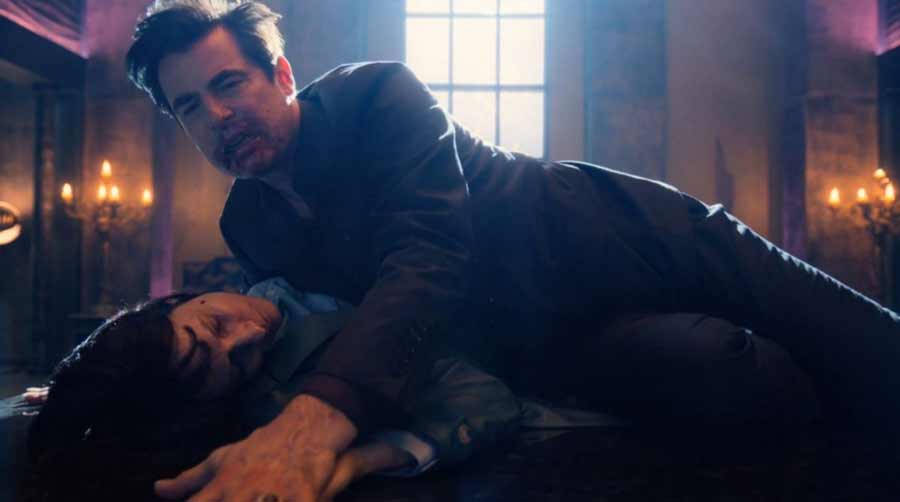 Well, the peekaboo child was a poor undead boy who was trapped in this world while he was rotting away. It was more of a mercy kill than it was gratuitous in any way shape or form.

Statement: Mina was completely irrelevant to the story!

Well, no, she was the absolute key to the final episode. When Sister Agatha gave her own life to save Mina’s it set a whole chain of events off. Mina returned to London and began to build the institute along will the relatives of Jonathan Harker, who lost his life when going to Dracula’s castle in Transylvania in episode one.

Everything that happened in episode 3 was directly due to Mina’s life’s work. We don’t see any of this, but Zoe tells us the story of how the Jonathan Harker institute came to be. Since both Jonathan himself and Sister Agatha dies at the hand (or rather teeth) of Dracula, Mina was the only one left to tell the story of what happened.

That’s it, mortals! Hopefully, the above-explained any questions you had about the Dracula ending or plot.