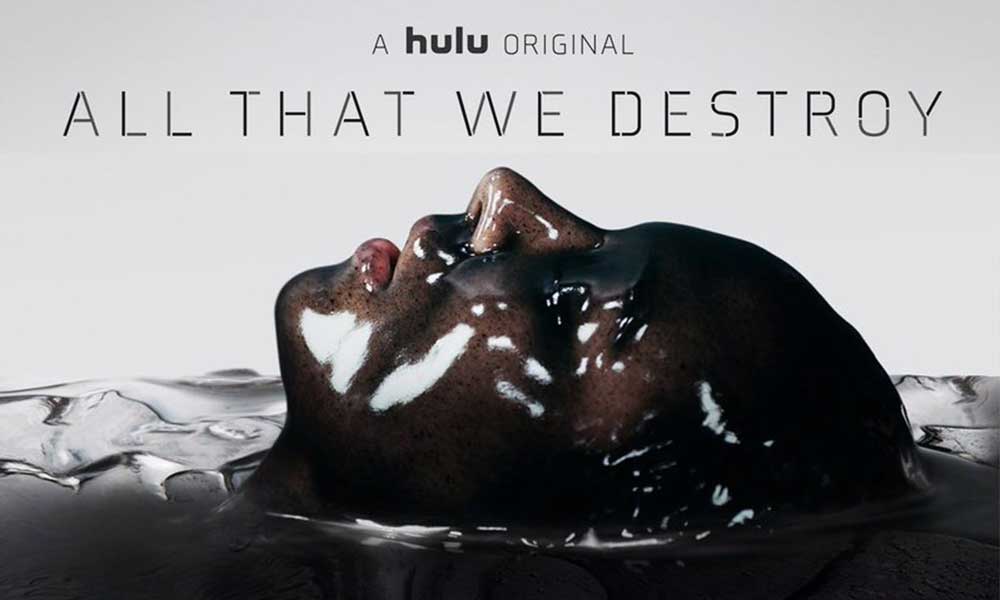 All That We Destroy is the latest installment in the Hulu original horror anthology series, Into the Dark. For this month of May episode, the holiday “celebrated” is Mother’s Day. Read more about the episode in this review and watch it on Hulu now!

Alas, it is Mother’s Day, which I completely forgot was a May holiday (sorry, Mom, if you are reading this).

A mother’s love that has gone too far

As we have learned from films such as Carrie and Mommie Dearest and the television series Bates Motel, a mother’s love can be simultaneously sincere and twisted. And, it is this duality that serves as the primary motif and context for ATWD.

Samantha Mathis (American Psycho, This is My Life) plays Victoria Harris, a brilliant geneticist who has revolutionized the cloning of human organs. She stars opposite Israel Broussard (Happy Death Day, The Bling Ring), who plays her son, Spencer. While not scary in the traditional sense, ATWD does convey a real terror: the lengths that a mother will go to for her child(ren).

ATWD tells the story of a mother trying to “fix” her son. Because, well, Spencer is showing the psychopathology and symptomatic behavior of a to-be serial killer. But Victoria loves her son. And it is this maternal love that drives the movie. A twisted love that brings Victoria to letting Spencer relive and recreate his first murder. And, given her expertise in genetic cloning, she is able to provide this for him… over and over again.

A new-ish take on stories we already know

One of my criteria for what makes for a good movie is novelty (as I believe that Hollywood has a serious creativity problem right now, or lack thereof). Unfortunately, ATWD was lacking in this respect.

All That We Destroy was very reminiscent of the 2012 film Errors of the Human Body (i.e., when good intentions in genetics are met with ill consequences). Victoria also reminded me of Jurassic Park’s John Hammond (i.e., how scientific obsession and ambition can be morally blinding).

Ultimately, while ATWD did address some thought-provoking questions, it did so in very much the same style of Black Mirror, specifically, its Season 2 episode Be Right Back: What are the consequences of human cloning? And scientific progress in general?

Watch All That We Destroy on Hulu now

Of the Into the Dark films thus far (that is, of the ones I’ve seen), ATWD had the most untapped potential. This film could have been a top-notch psychological thriller, but it seemed to get a little lost in the story it was trying to tell.

But, to give the movie the benefit of the doubt, maybe that was partially by design, as the movie not-so-subtly touched on the Ouroboros infinite life-and-death cycle (again, also a major theme of Netflix’s sub-par Hemlock Grove).

Overall, I believe All That We Destroy deserves 3 of 5 stars. It addressed some interesting questions and employed a solid cast. One thing I have liked about the Into the Dark series is that each film incorporates only a handful of actors/actresses. It forces the film’s quality to rely on both the acting and screenwriting.

In this case, the former surpasses the latter, which unfortunately kept the film from excellence.

A geneticist, who fears that her son may be becoming a serial killer, creates a group of clones in an attempt to cure him of his psychopathic tendencies by allowing him to relive the murder of his first victim.