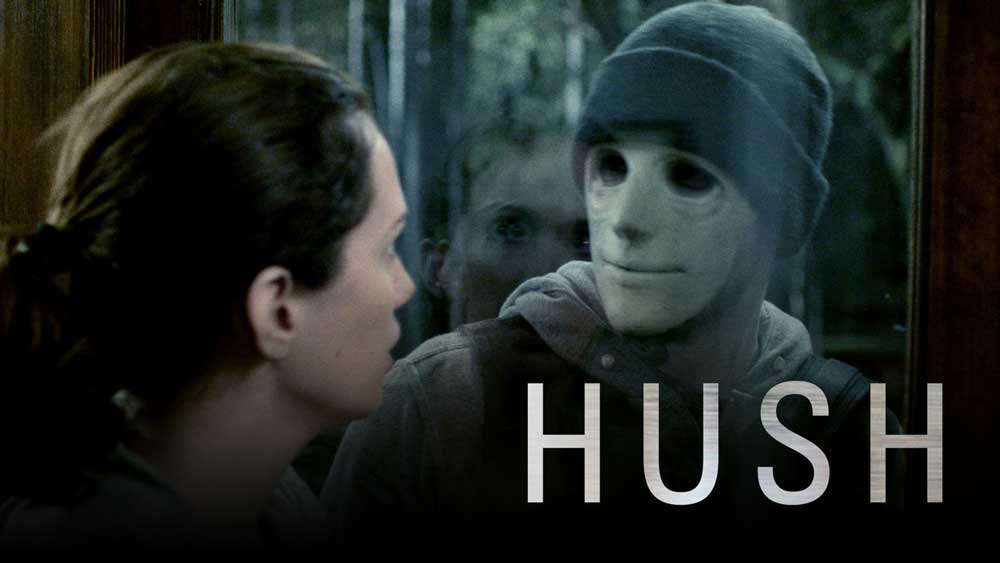 Under The Radar: Check Out Hush On Netflix

If you are in the mood for a horror-thriller, the American slasher film Hush is a hit on Netflix. Edited by Mike Flanagan, while starting Kate Siegel, John Gallagher Jr., and Michael Trucco, Hush has been around since 2016 and a hit that will get the heart beating.

Maddie Young is a deaf woman and horror writer. She lost her abilities to hear and speak after a bacterial disease at the age of 13. The botched corrective surgery wiped away her abilities ever since. As she hopes to advance her career as a writer, she lives in an isolated cabin in the woods with her cat.

Maddie is visited by her friend Sarah who returns a book. However, Sarah is attacked by a masked killer with a crossbow. While the attack is taking place directly outside of her cabin, Maddie is unable to hear what is going on due to her disability. As the killer looks to take out Maddie next, the game of cat and mouse ensues. Maddie has to find a way to stay alive despite not being able to hear any sounds. Talk about jumpy moments, try being the main character. No deposit bonus codes can cheat your way out from feeling like somebody’s watching over your shoulder at all times.

Some of the most underrated tv shows are right under your nose and that is how Hush was received. Critically acclaimed Rotten Tomatoes gave the film an approval rating of 93% and gave an average rating of 7.6/10. The movie was praised for its ability to navigate through a home invasion with a slasher killer. In the past, these movies follow a similar plot; however, with Maddie’s deafness, the developers paved a new way for a horror movie.

It almost has a hero versus villain feel compared to most horror movies, but it builds suspense over the course of the whole plot. That is why sites like The Guardian gave the movie four out of five stars. If you look around most reviews you will find that this movie has ratings of three out of four or four out of five. Genuinely speaking, this was seen by a solid movie by the public.

If you have time, you should watch this movie. While this movie is definitely more on the thriller side than the horror side, it is definitely a suspenseful movie that keeps you on the edge of your seat. There is really never a dull moment. What really stands out is that there are rarely any “cheesy” horror movie plots that we see in the past compared to other scary movies. This follows a different dynamic. It doesn’t feel like a typical “cat and mouse” flick.

Don’t believe us? Look up the reviews for this movie and the general consensus is that this movie was well-liked. When Rotten Tomatoes gives a high rating, that is usually high praise, especially when the critics with that site are hard to please. In the end, this movie has flown under the radar and should be on your radar next time you are on the couch.