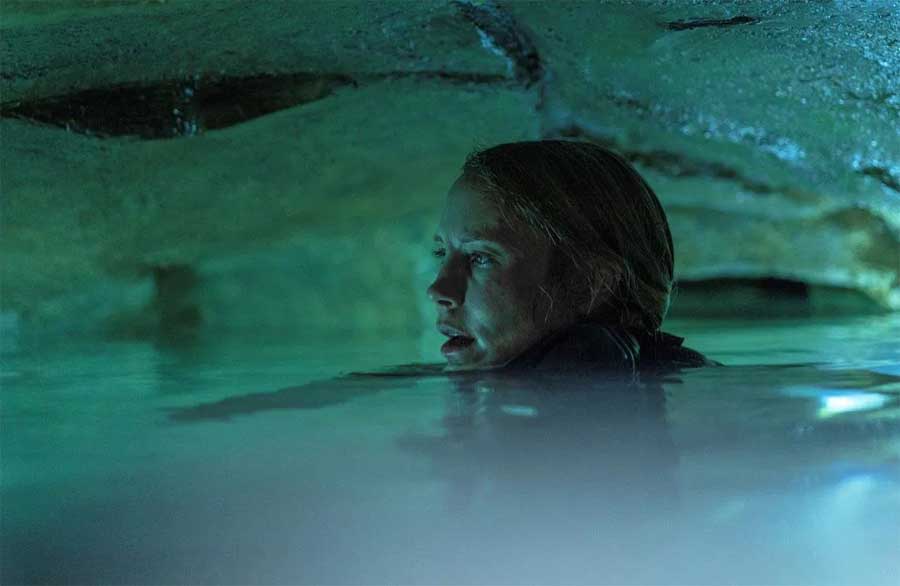 Heaven of Horror spoke with Patrick Kirst about his latest film score for BREAKING SURFACE, the survival tale out December 15th.

-After watching the trailer, there seem to be a lot of high-energy moments in the film. Are there specific instruments that helped with raising the intensity level of the score?

Definitely, yes! Many action moments needed a pulsing energy which comes mainly from a combination of processed sounds and pulsing synth sounds, but I also brought out a lot of aggression and a very visceral and raw sound from the string orchestra. And last but not least there is Page Hamilton’s added magic. [He’s the frontman of the metal band Helmet.] He was enhancing many pulses with his unique scary sound design. The score definitely doesn’t lack energy.

–There are many subgenres of horror. Breaking Surface falls in the survival horror category. Do you think there is a specific formula, score-wise, to follow with this subgenre?

I usually don’t follow any formulas or conventions when approaching a film. Although there are expectations, of course, like angst, adrenaline, tension, or horror, for example. These expectations need to be met. But how I achieve that is up to me. I approach the horror genre like a drama. That’s how I avoid any typical horror clichés. 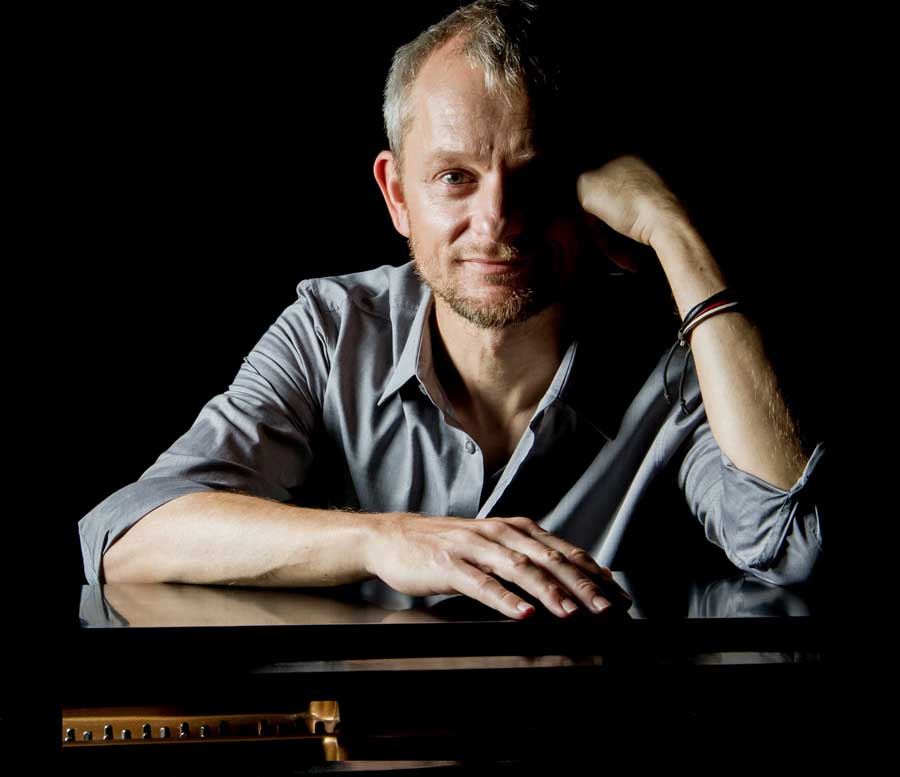 -More so than many other genres, horror film scores almost play another main character. Did you feel any extra pressure knowing this?

Yes, horror scores often embody very vividly the protagonists’ fear or the danger of hateful creatures. I was definitely tapping into these energies, but in Breaking Surface, the enemy isn’t a tangible creature, like a shark or an alien, but it is time itself – which is running out fast. So, the ticking time has its own theme, embodying the panicking race against itself.

-Instrumentally, did you know right away the approach you were going to take? If not, how did you decide?

What I knew right away was that I wanted the score to be very organic with a modern touch. I didn’t want the score to be too electronic. It would have made the score too mechanical. I wanted real human bodies to actually play the angst. So, the string players played the aforementioned pulses and aggressive short articulations. And they often weren’t playing perfectly together. But that’s exactly what added this human feel. But of course, there was always a lot of trial and error, often more error than trial. Each score becomes a unique puzzle game of its own by slowly fitting in all the pieces in a meaningful way.

-Can you talk about your working relationship with the film’s director, Joachim Hedén. Did he have a very specific sound he wanted for the film or were you able to experiment a little more on your own?

Joachim is open to (almost) ANYTHING. That’s great for any composer. But the sheer endless possibilities are mind-numbing, so we like to derive musical concepts based on the dramatic concepts in the film. One interesting idea of his was to differentiate between what he called “burning fire” whenever we get near the rock or feel its presence, and the ticking, calculating pulses whenever Ida is seemingly in control, planning her next move. The fire-y moments stand for immediate danger. It was an interesting analogy to speak of fire, even though we’re underwater most of the time. This fire-y sensation inspired the use of brass instruments (like trombones, tubas, etc.). I thought of the metal in a rock that you would need to melt to extract it. [Yes, my brain really went there…]

-Did you find your score changed at all from the beginning of the film to the end? If so, can you talk about how?

In the beginning, the protagonists both know that they are in a dangerous but manageable situation. The pulsing motifs I mentioned earlier are representing this calculated, rational thinking in the beginning, all centered around the question: “What will her next move be?”. But as time is slowly but surely running out, the score is gradually getting faster and faster, and fear and panic are slowly overcoming our rational protagonists.

–Breaking Surface is a lot different film than your other film, The Kissing Booth. Which film did you find more challenging to score?

Both drama and comedy scores have challenges of their own. But overall, The Kissing Booth is in its own league when it comes to challenges and doing revisions. On Breaking Surface, I probably did one or two revisions per cue on average. And these revisions weren’t that substantial rewrites, they were rather tweaking what was already there. On The Kissing Booth, however, we were dealing with 10-15 revisions per cue, on average. Most of these revisions weren’t that substantial either, but it probably took 5 vastly different attempts per cue to know what the score is NOT. These things needed to be tried out, so we could zone in on the best possible tone, rhythm, timbre, pacing, etc. that felt just right for each scene. It is such a balancing act. A little too much mickey-mouse-ing and a scene become ridiculous.

-What would you say is your “signature sound”?

I often hear my colleagues say: “Oh, that score is so YOU!”. And I sometimes wonder what they mean. Even though I have a very different approach to each score I do, there seems to be an underlying aesthetic that very much sounds like me. I attribute that probably to how I write for strings. Being German, I naturally grew up studying the big European classical composers like Bach and Beethoven, and that sound and sensibility – even though adapted to modern drama – is still somehow ingrained in me.

-What was the last horror film you watched?

A Quiet Place. Loved it!

You can listen to Patrick’s Breaking Surface score here: https://open.spotify.com/album/6ZSL1a653PIXFQIKSBRRoT